Well, Heath and I managed to get Katy to legal adulthood without too many mess ups along the way.

Today is her birthday but the celebrating started Saturday with a laser tag and video game party at Main Event.

I tried to get a photo of all the girls. In the first one, Ivy was hiding behind Katy so I made her stand up straight. The next one, you couldn’t really see Emma so I had her scooch over some. Then I thought I had the all arranged, took the photo and didn’t look at it. I should have.

Balloon ribbon straight up the middle of Jenna’s face. It was off to the side in the other pictures. Oh, well.

Harshita, Jenna, Ivy, Emma, Catherine and Elizabeth in back.

Katy really likes the cakes from Nothing Bundt Cake so I got one there. Ordered it person about three weeks ahead of time. Went to pick it up and they couldn’t find it anywhere. Just as the manager was ready to get one from the bakery case to decorate and writing down when I ordered it so she could investigate what happened another employee found it. It was under my first name. 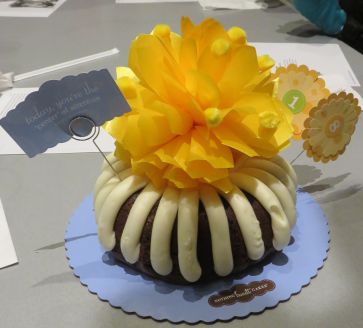 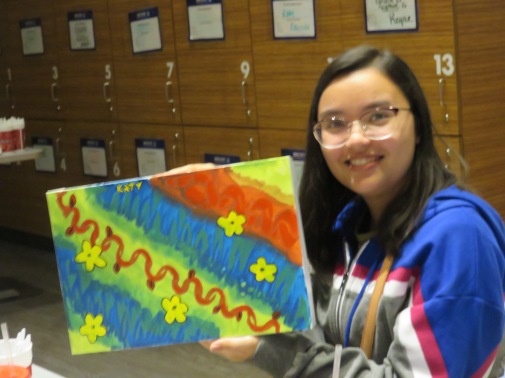 Elizabeth holding the box lid that Jenna decorated. I had no idea Jenna was artistic.

After pizza, cake and presents it was off to play. They had two rounds of laser tag and then a $5 fun card for games. On the Main Event website if you sign up for the email list you get a barcode to scan for 30 minutes of unlimited play. Katy set up seven temporary emails and got them each a bar code so everyone had plenty of game time. I sat, read a book and tried to tune out the noise. That place is always busy. And noisy.

So that was Saturday.

Wednesday was the big day. I wanted to do a special dinner but Katy had no ideas for dinner and then she needed some hours for Tri-M so went to the middle school band and orchestra concert. While she was at the concert Heath and I ate dinner and she ate when she got back. I went to Wal-Mart and got the smallest cake I could find that would hold 18 candles. We still have leftover cake from Saturday and Heath’s birthday is next week.

I wanted to buy new number candles but Wal-Mart didn’t have any ones. We have several ones at home but only one eight that naturally matched nothing. 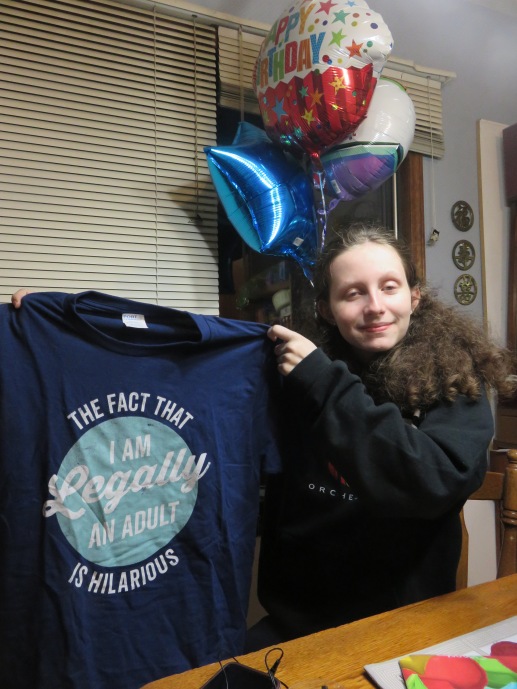 I found this t-shirt online and it’s just Katy’s sense of humor. The balloons I had put on the mailbox early this morning. The one you can’t see has an 18 on it. Katy didn’t have much opinion but Buddy sure did, he barked quite a bit at them. 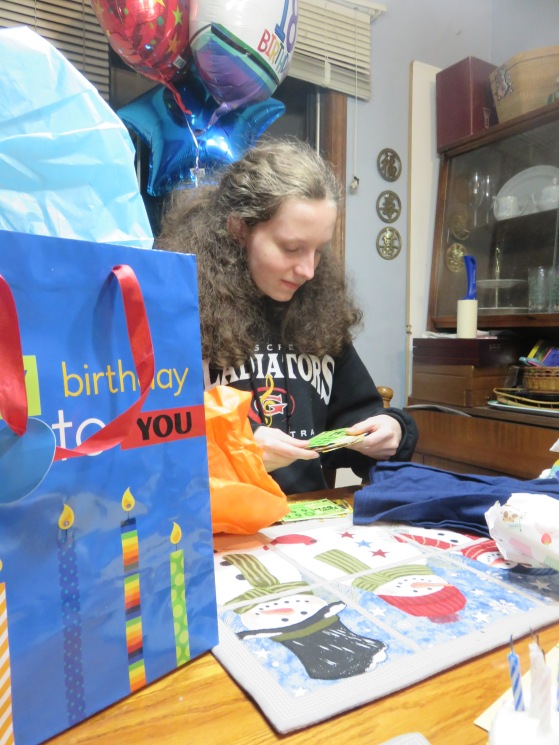 I read that the thing to give for an 18th birthday is 18 scratch-off lottery tickets (the dollar tickets!) so I got those. She won $3 and two free tickets. We also gave her some patterns for making stuffed animals. McCall’s had a great sale over Thanksgiving weekend I just happened to luck into.

And that was the end of it. Next year she’ll be in college and probably finishing up finals week.

One thought on “She’s an adult”