When we found out back in January that the Girl of the Year at American Girl was a girl who wanted to be an astronaut and was a tie-in with Space Camp, Katy and I went to check her out. Each doll has a big playset and Luciana’s is a Mars habitat that really is neat. If this had come out about eight years ago, I’d have bought it for her. And if it had come out eight years ago she would have been young enough for the American Girl themed Space Camp program. When we were picking her up from Advanced Space Academy in June an American Girl-themed family weekend camp was just starting and there were little girls with dolls everywhere. 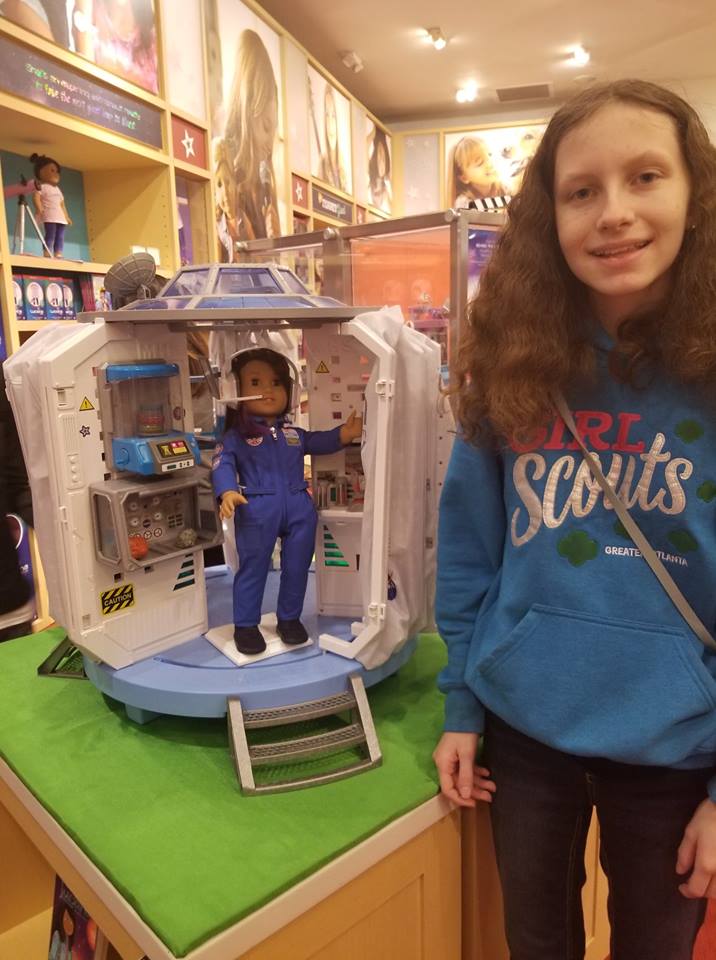 But I least was going to buy her the doll. I knew we would both regret it for all eternity if she didn’t get it. I did wait until Christmas, though. So Christmas morning she found the doll , the flight suit and the accessories set (complete with astronaut ice cream) under the tree. 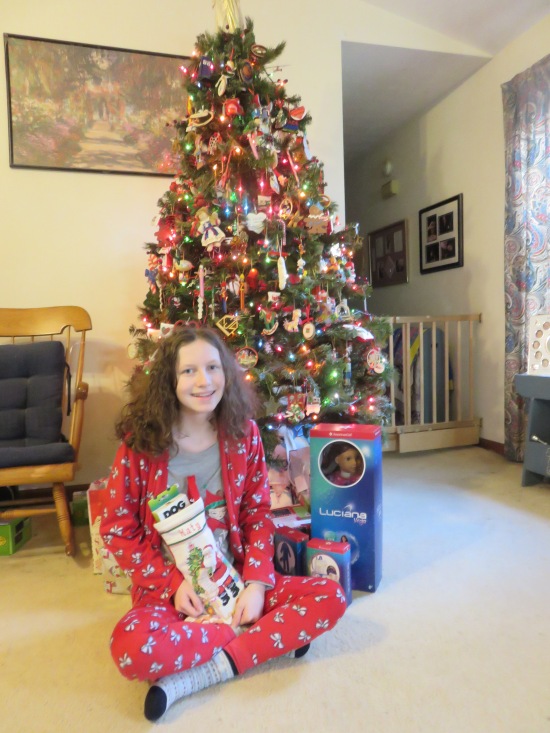 Santa forgot to get a doll stand so we went back for that today and looked around. Luciana and her stuff are like Cinderella, midnight Dec. 31, it is all gone, so I told Katy if she wanted anything else, get it now. Katy decided she really liked the telescope set and bought that. I got another outfit. There was an outfit set with a jacket that was cute and there was a visitors’ center set with a t-shirt. One of the dolls on display was wearing the jacket from one set and the NASA shirt from the visitors’ center set and it was really cute but neither of us liked the rest of the visitors’ center set stuff. So I said, “you know, we could buy a doll t-shirt and make her a Space Camp t-shirt”.

While we were at the store (it was busy and Katy was the only minor over about age 10) we had to look around some. I thought the camp set was really cute. Katy liked the chicken coop but I never did see any chickens. 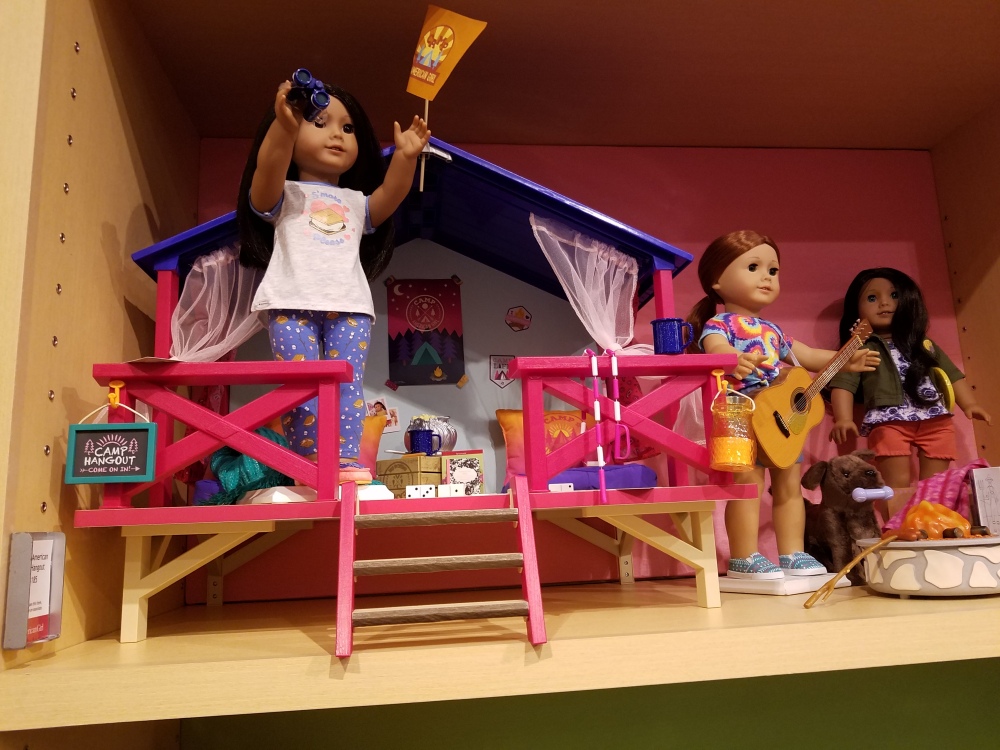 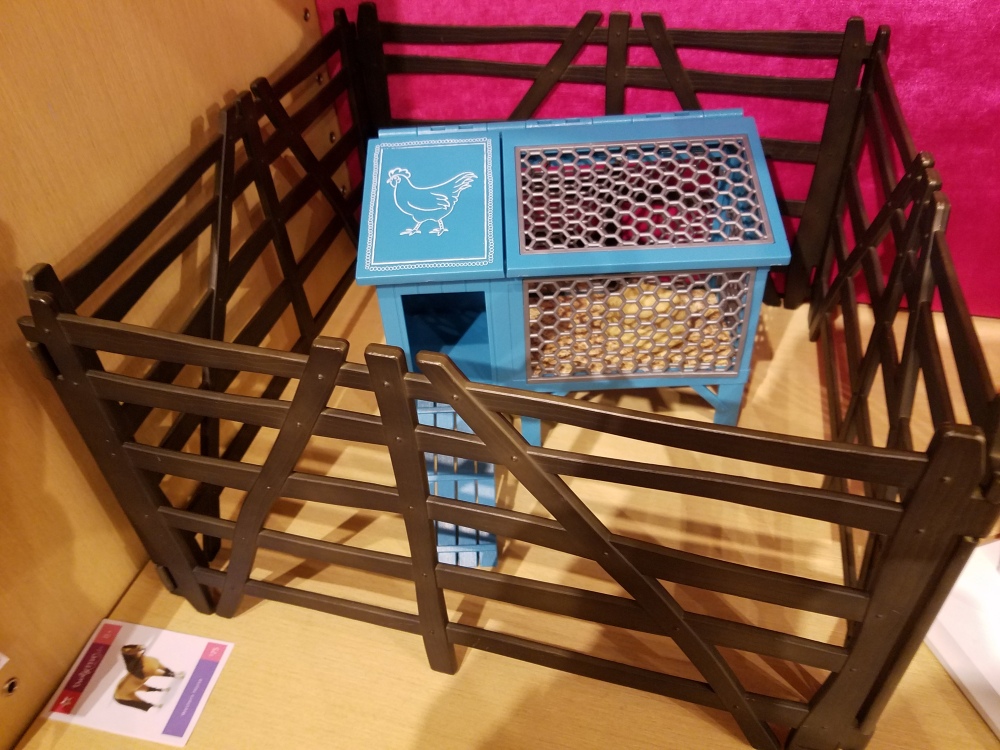 We walked through the Bitty Baby section because the door to the parking lot was on the other side of it and Katy decided to try her hand at swaddling a doll. 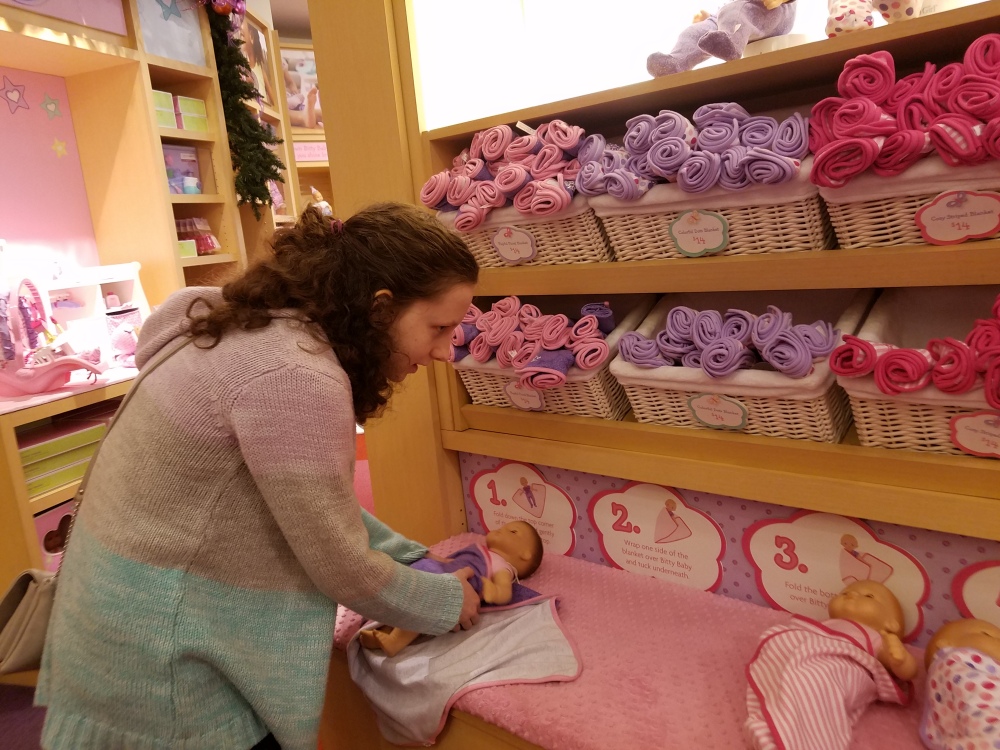 So back to Luciana. This afternoon on the way home from a funeral (been a busy day), I stopped at Joann’s and bought a t-shirt for an 18-inch doll and then swiped the Space Camp logo off their Facebook page. Katy had some t-shirt transfers leftover from a Girl Scout project a few years ago. So while Katy was at violin lessons tonight I made the t-shirt and had a photo session with Luciana. 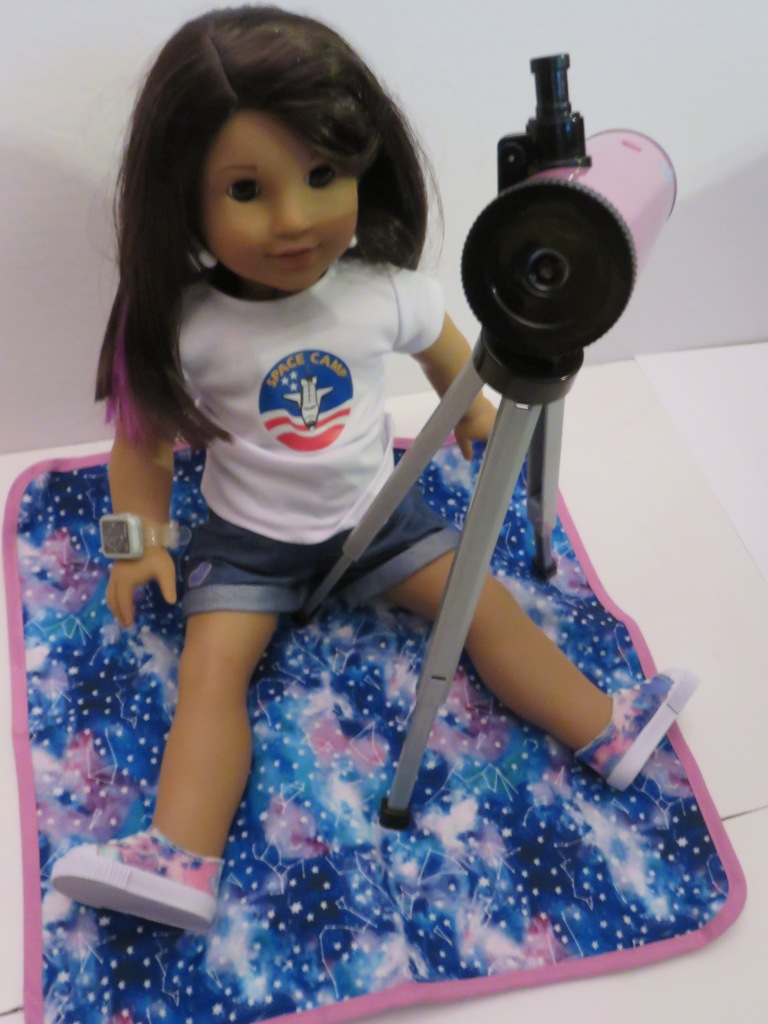 This is the telescope, which I have to say is a little disappointing, even for a toy. 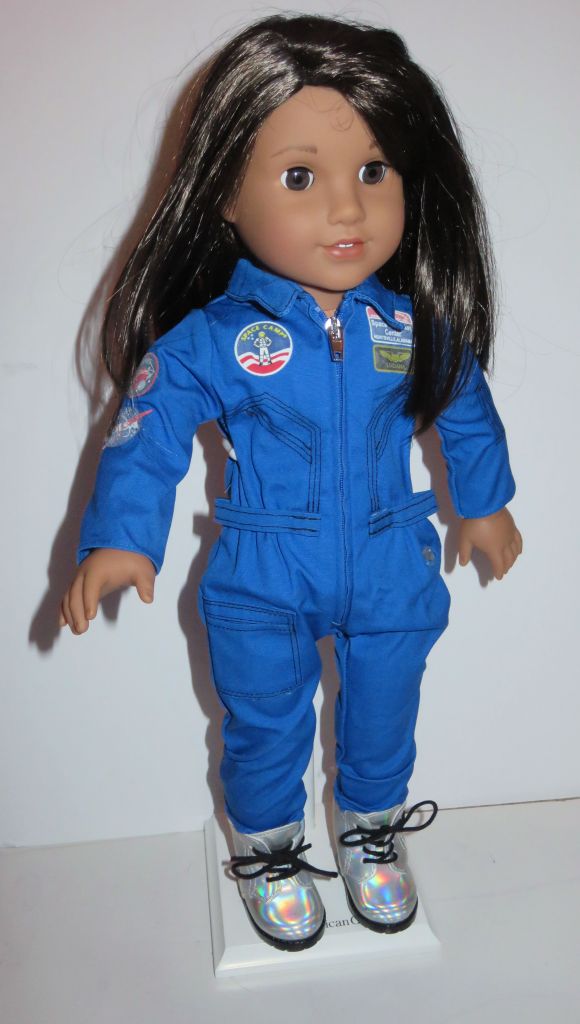 I bought the flight suit thinking the doll would wear that while on display. I spent five minutes wrestling her into that suit and did a real number on her hair in the process. Katy walked in the door, looked at it, said “I like the dress better” and immediately changed her clothes. The little stinker. The dress is the outfit she comes with and on the cover of the book she’s wearing the dress with the jacket. Katy said she didn’t like the look at first “but then it grew on me”. So that’s what she’s wearing. Katy liked the look of the girl dress, too, but girl clothes at American Girl are expensive and not very well made. 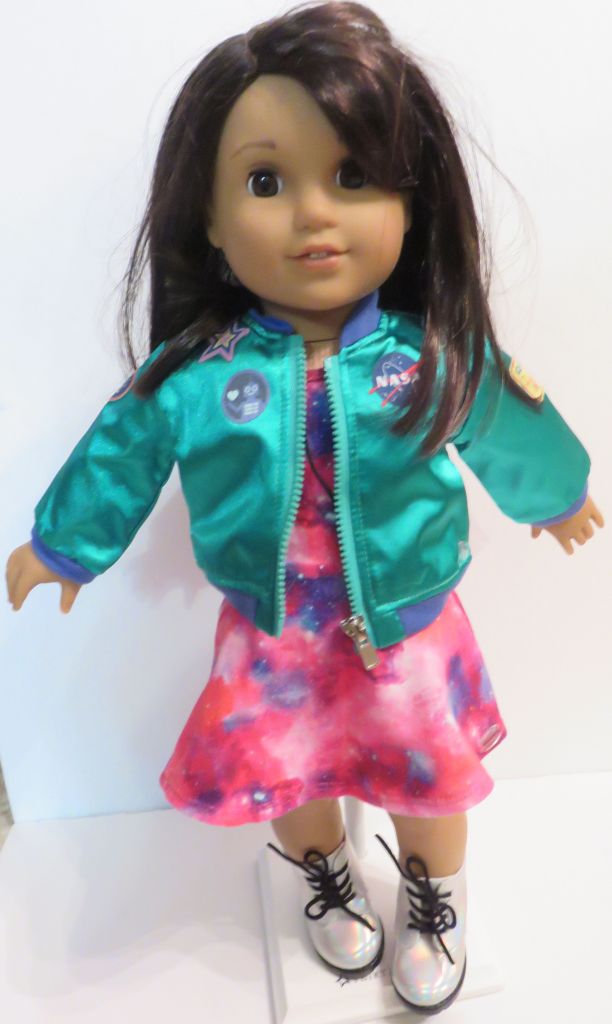 Katy said if she volunteers at Heritage Doll Camp again next summer (and she probably will), she’s not taking all three dolls. Last summer she took both her dolls (she has Felicity and Laney) for the campers to enjoy and in case someone didn’t have one. (You don’t have to have an American Girl doll to attend, by the way.)