Why is no one filming when you need them to be?

So Heath is 62 today, officially old enough to retire but  not allowed to. We need the money and the insurance. Katy was working again so when she got home and ate dinner we got down to business.

I lit the candles on Heath’s cake. One went out and I tried re-lighting it. The wick was pretty much gone (they didn’t go very deep) so I gave up and blew out the match and ended up blowing out all the candles. Tried to re-lite them, another one had a wick gone. We got four out of five lit. Heath started in a fit of laughter so I decided to turn out the lights and attempt singing Happy Birthday. Two more candles went out and we were all laughing so hard I said “just blow out the candle”, which Heath did after he managed to catch his breath. He finally got it, we turned the lights on and decided to just eat the cake. 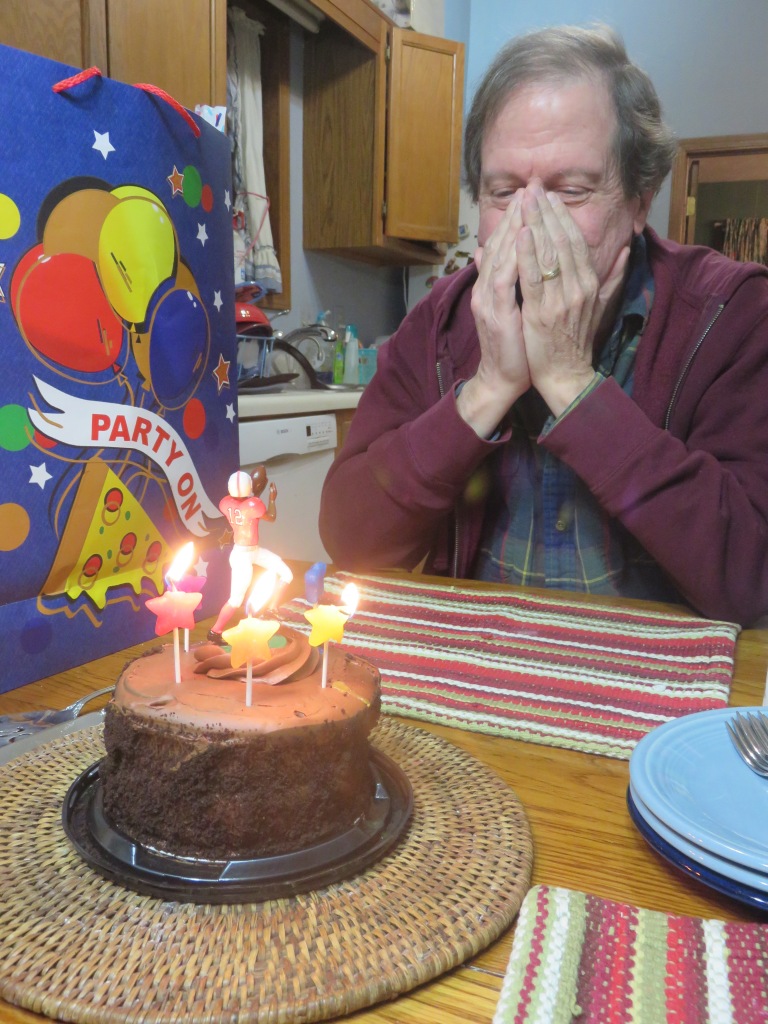 Heath shortly before we turned out the kitchen lights and two of the candles went out.

We had a few gifts. I went to an estate sale last week and found something I thought Heath might like. I told him the Barbies in the Barbie room (not kidding, you should have seen this place) were in much better shape. But he thought it was neat, anyway.

Limited edition (one of about 5 billion, I’m sure) Apollo 13 astronaut doll from the movie.

Heath actually found this t-shirt in a catalog and pointed it out. One of those funny/not funny things. Heath managed to meet his deductible this year and make nine trips to the dentist. And it’s not over yet!

Now he has the t-shirt to go with it!