Katy is on a lucky streak with her birthdays. Last year school was canceled due to bad weather and this year there was a two-hour delay so she got to sleep in and have a somewhat short day at school. It was however, still a long day overall as she had to work until 8 p.m.

Before I picked Katy up from school to take her to work I left some cupcakes and a Happy Birthday sign at the music studio. 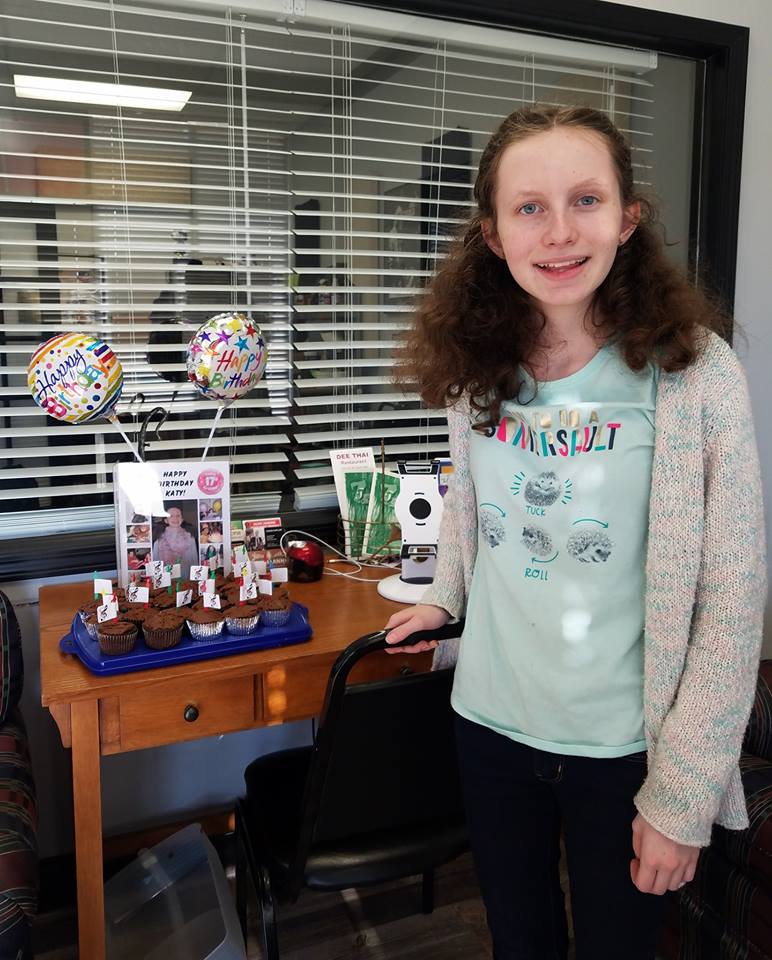 Tuesday is a pretty slow day at the studio these days. Most of the cupcakes came home but a few people enjoyed them. Katy stuffed her wrapper in her coat pocket where Buddy later found it.

Katy gets off at 8 but she had to close tonight so it was a little late when we got home. No time for a special dinner, I made a casserole and finished off the last of the ham from last Christmas. Then we had cake and presents. 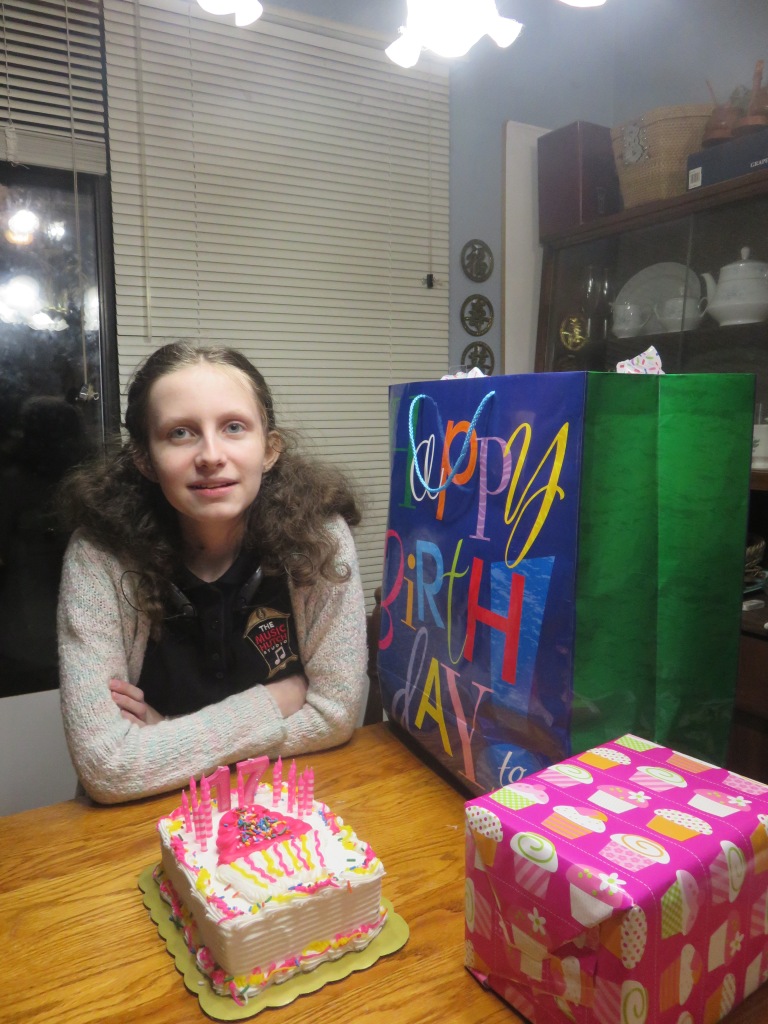 As I was buying the numbers for the cake it occurred to me that if we had done number candles last year we could have had 16 for Katy’s birthday and then 61 for Heath’s birthday the next week and just used two candles. Very efficient. Naturally I didn’t think of it until a year later.

With Katy’s birthday so close to Christmas she usually gets one big thing and usually something she can use for the long haul then a bunch of little things on Christmas. She’s really gotten into photography the past couple of years and really is developing a good eye. She’d been wanting a good quality camera so I started looking around. We kept upselling ourselves as we didn’t want something she’d outgrow quickly. We ended up with a bundle that came with probably more accessories than she needs. That’s why there’s a box and a big bag for one present. That bag was like Mary Poppins’ purse, she just kept pulling stuff out of it. 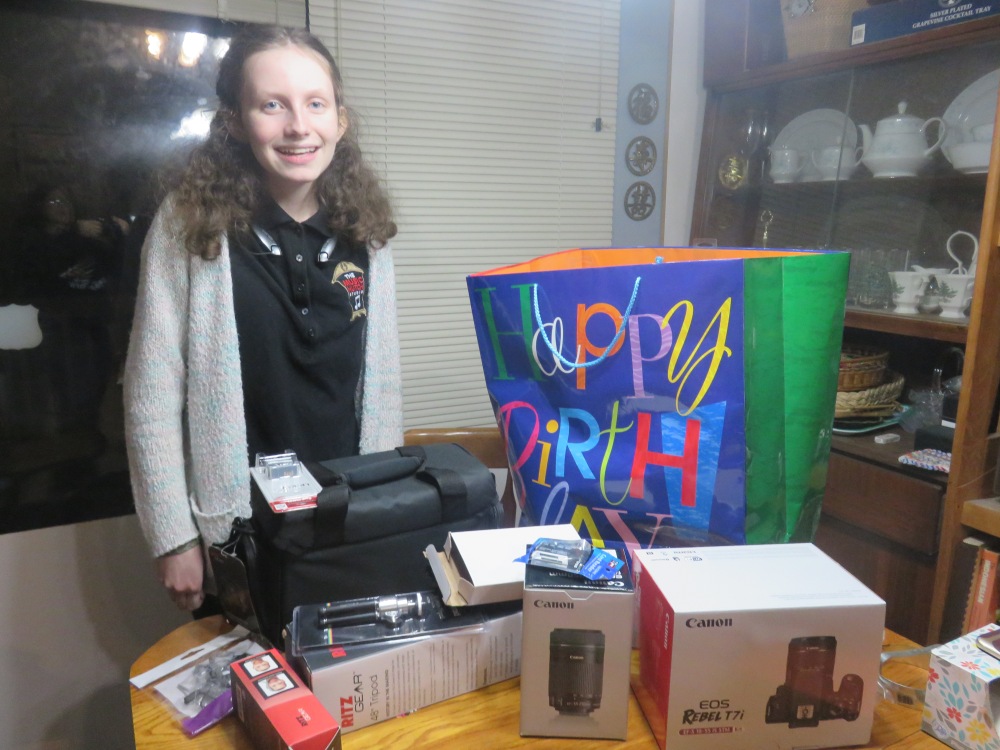 She wasn’t as surprised as I would have liked as I’d asked a couple of camera-related questions back in August. I told her just because I ask about something doesn’t necessarily mean she’s going to get it. She was thrilled, though. She spent about an hour unpacking everything and setting up the camera until calculus homework started making noise. 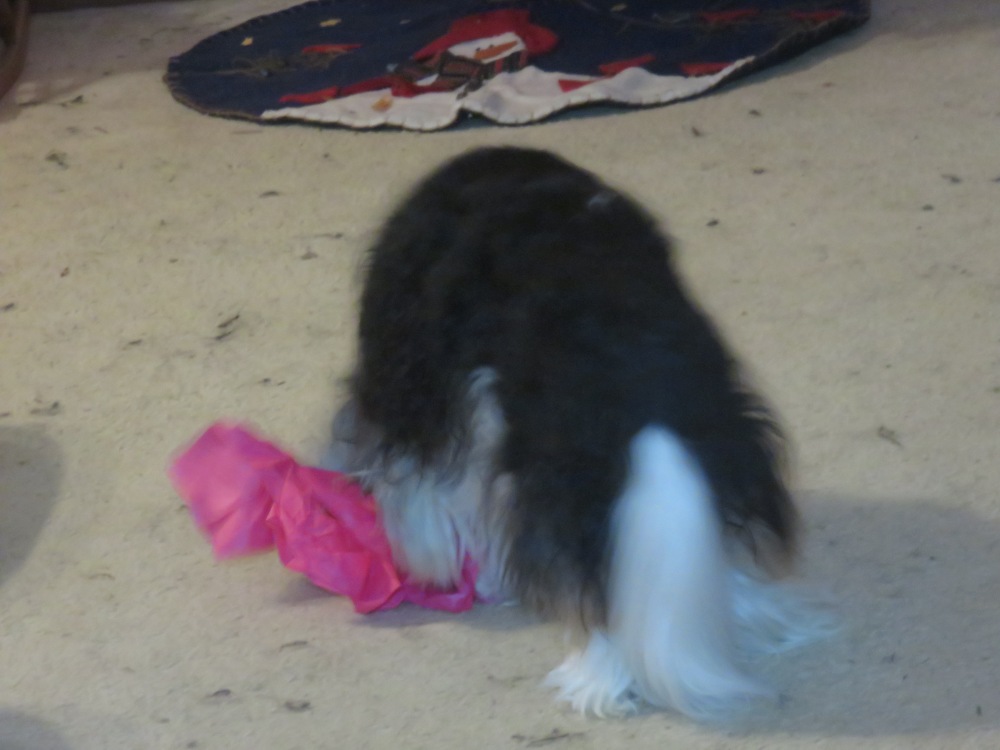 Buddy the paper addict made off with a piece of tissue paper and we let him have it as it was keeping him out of the way. He quit actually eating paper a few years ago, he just tears it up and leaves a mess behind. 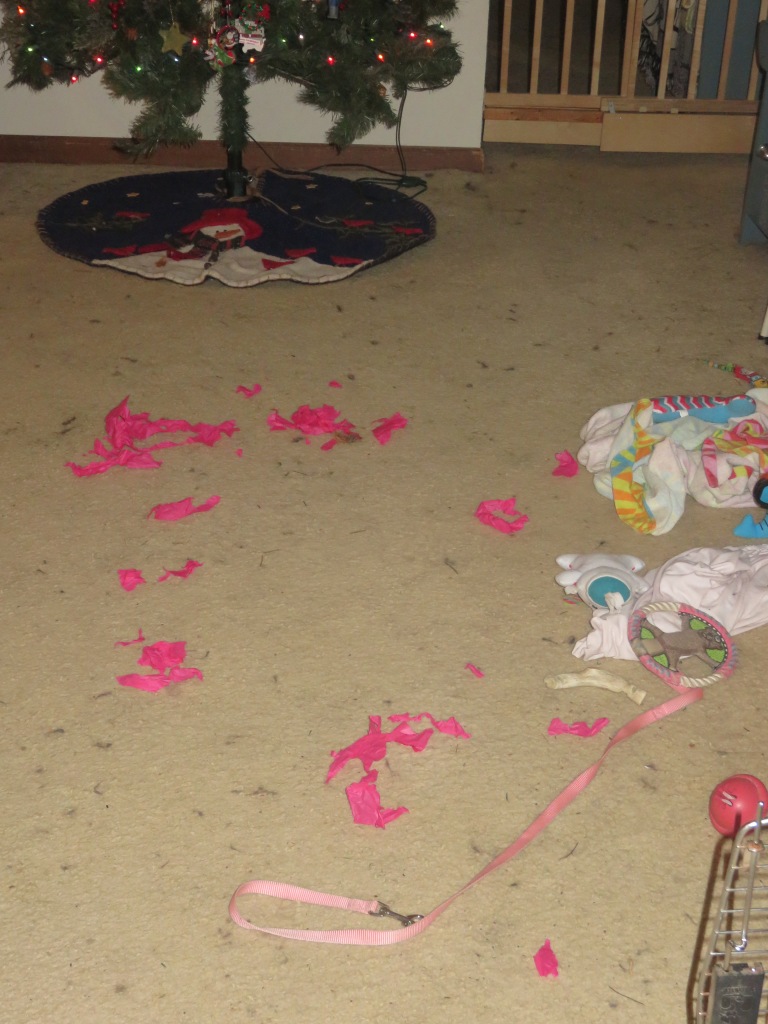 It was a good day. Katy got her PSAT scores and was very happy and she found out she’s going to be the second violin (is that anything like second fiddle?) in the pit orchestra for the school’s production of Guys and Dolls. 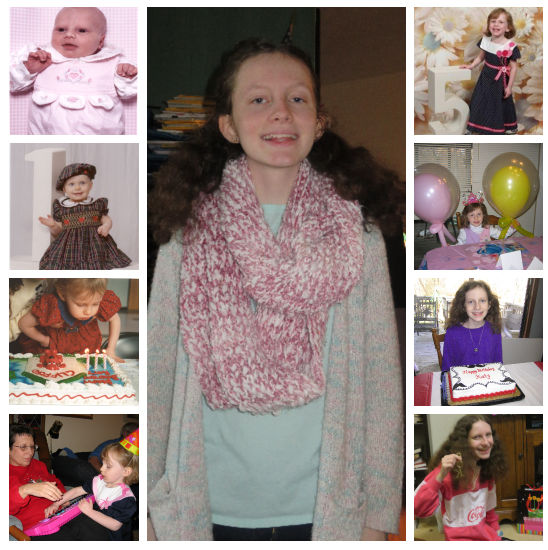 It’s Katy’s last year of childhood, next year she’ll be an adult.