For the past couple of years Katy has been talking about taking her friend Emma to Penang restaurant for Malay food and then over to Buford Highway Farmer’s Market. We finally set a date and did it tonight.

It took us a long time to decide on dinner. We’d already decided on satay and roti canai for appetizers but we spent awhile going over the menu for entrees. Emma really liked the sound of the mango sweet and sour chicken so we went with that, mee goreng and a pretty basic chicken curry.

The mango chicken was fantastic. We’d never had that particular dish before and will probably have it again. Emma doesn’t like a whole lot of things but she’ll try just about anything, although she’s so freaked out by the look of rambutans she won’t touch those. But she enjoyed dinner tonight. 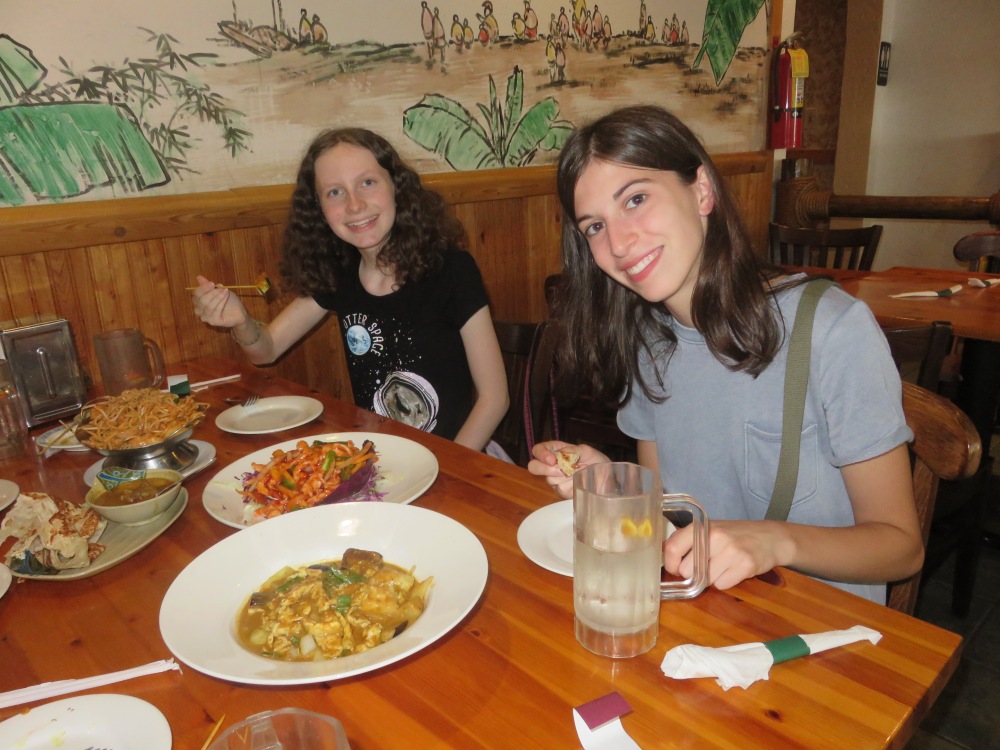 And for dessert, Katy really wanted Emma to try ice kacang and I had a craving for peanut pancake, so naturally, we got both. Their ice kacang really isn’t that good. There’s not much ice and it melts quickly. But we enjoyed it and Emma especially liked the peanut pancake. 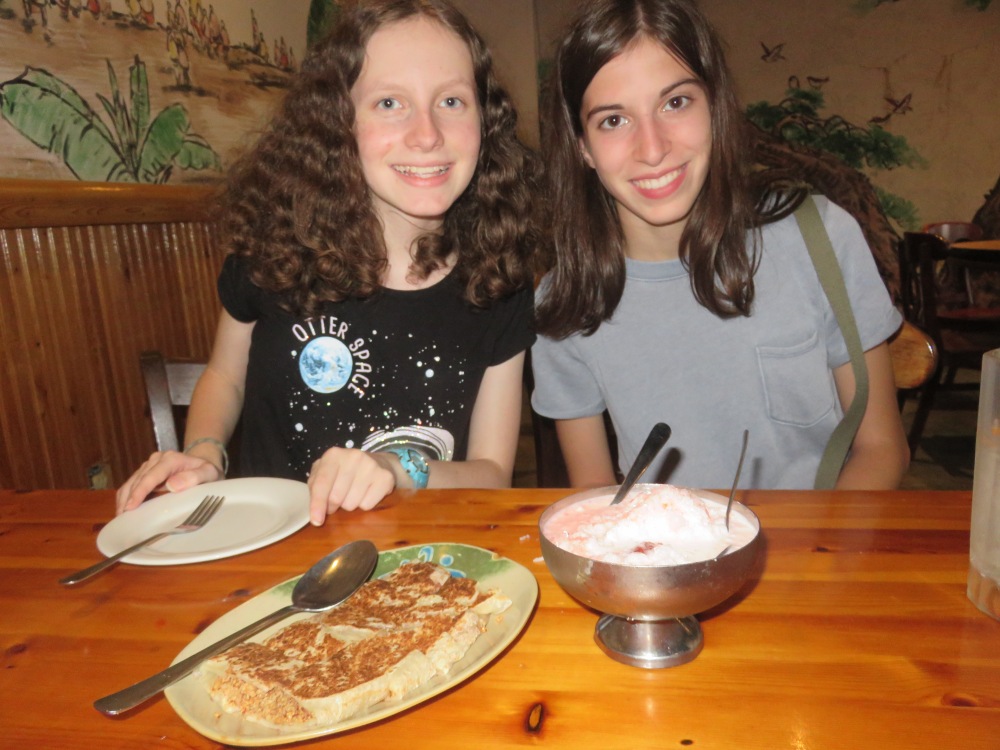 This is what an ice kacang is supposed to look like. The picture is a little fuzzy, it’s from our trip to Singapore in 2006. 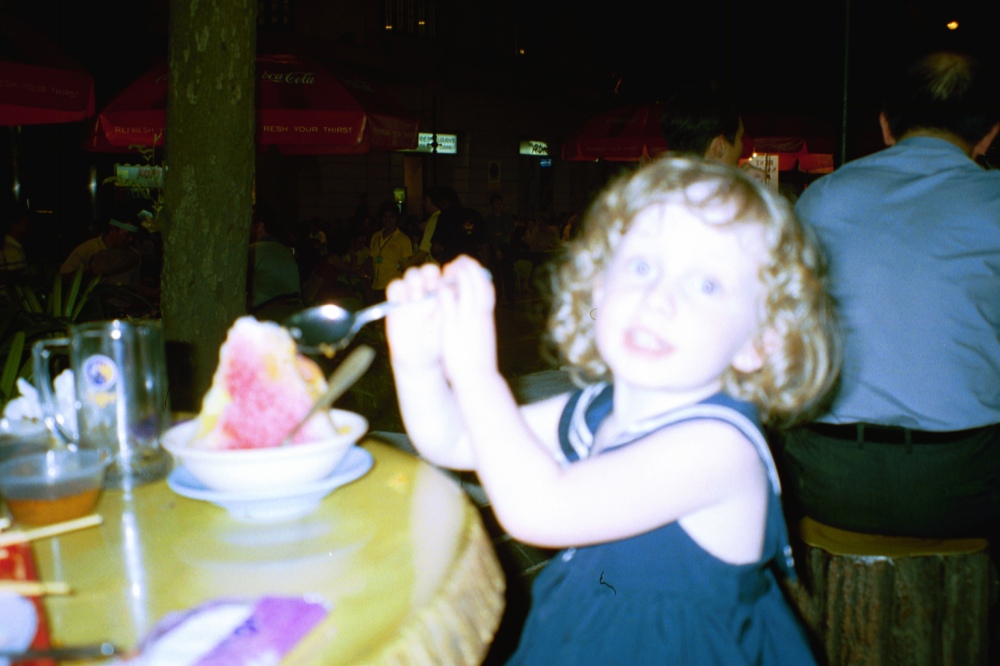 So after we ate until we were stuffed (and still had leftovers), we headed to Buford Highway Farmer’s Market. This is a huge, international grocery store with everything you can imagine. I lost Heath and the girls and when I found them they were checking out packages of tripe, stomach lining, utereses and hearts. I’m telling you, everything. The packaged food are arranged by country so you can head for whatever kind of cuisine you like.

We spent quite a bit of time in the produce department. Emma was on a budget so she was deciding what she wanted and weighing everything. She ended up with a cactus pear, cactus leaves (I have no idea what she’s going to do with either of those), a good-sized papaya, dates and an imported chocolate bar from the Korea/Japanese aisle. The European chocolates were tempting but way too expensive.

Emma really wanted to walk in her front door with a jackfruit but they were out of the budget. I told her she can get one at Hmart another time, it’s a lot closer.

The seafood department was really busy. We checked out octopus and squid and giant fish heads and giant whole fish.

Emma was tempted by a live eel, too, but I talked her right out of that. She was a agreeable as she figured there was no way she would eat it.

So we wandered around for about an hour. Katy bought some kind of Japanese candy and a box of Dutch chocolate sprinkles. I got Katy hooked on chocolate sprinkles on toast having myself gotten hooked on it in Indonesia, which used to be a Dutch colony. I got some curry powder, Penang-style curry paste, Maggie noodles, red bananas and some interesting kind of yellow plum.

Then we headed home. It was a fun evening.